We’ve pretty much fully explored all the trails on the mountain and so now we are discovering the glades.  This weekend we’ve tried our first double black diamond trails.  These are the most challenging on the mountain.  Not for their overall steepness, but for the combination of steep and obstructions (i.e. trees, rocks, and water).

Some of the more challenging ones we tried this weekend were:

Eli picked out the above run and had a blast.  It was during this run I realized that Eli may actually be a better skier than myself.  Already at 8. 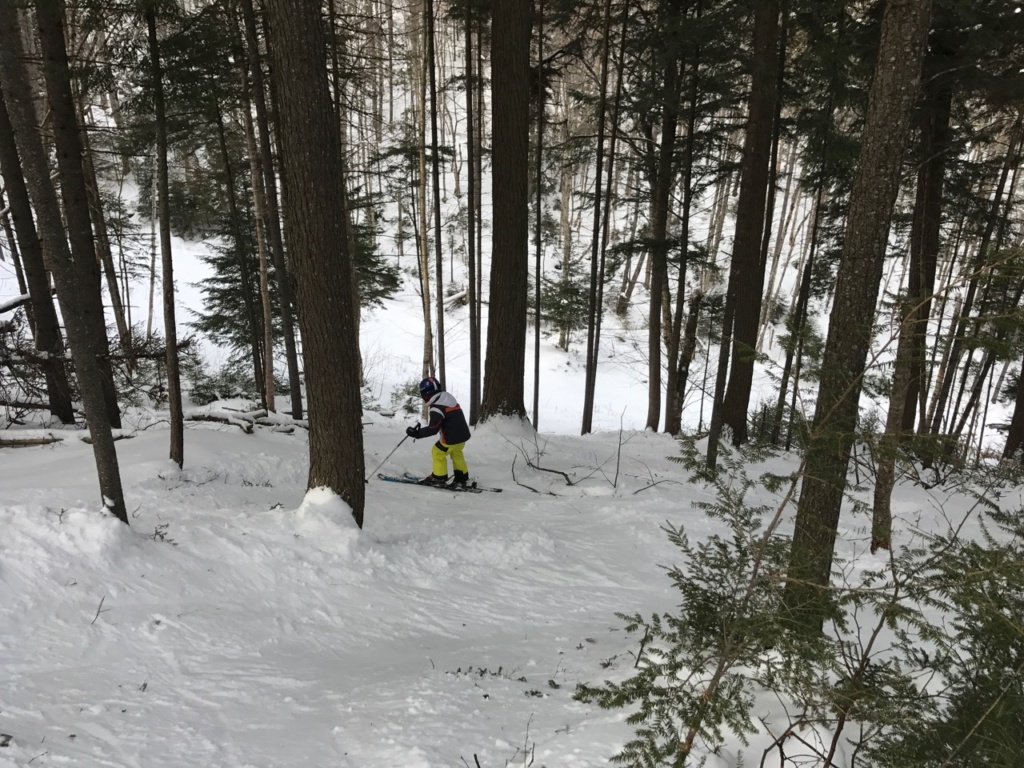 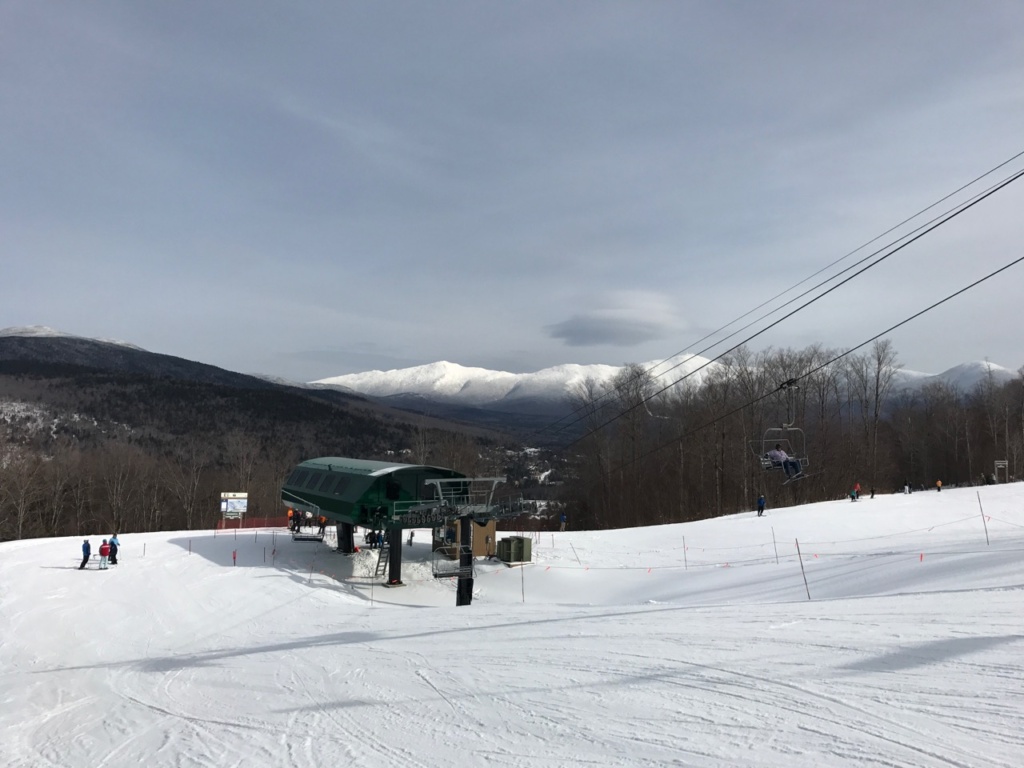 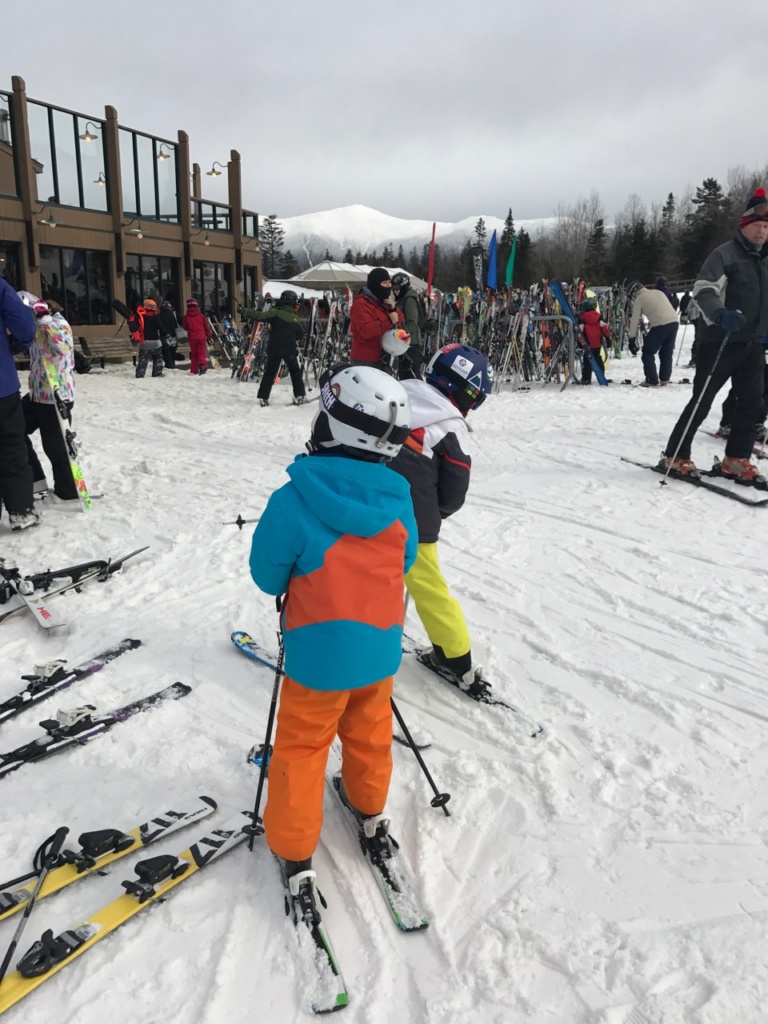 After a full day of skiing, we took it to the lake to play hockey for a couple hours!  You really can’t beat hockey on the lake at dusk.  The shot below are the actual sunset colors, no filters! 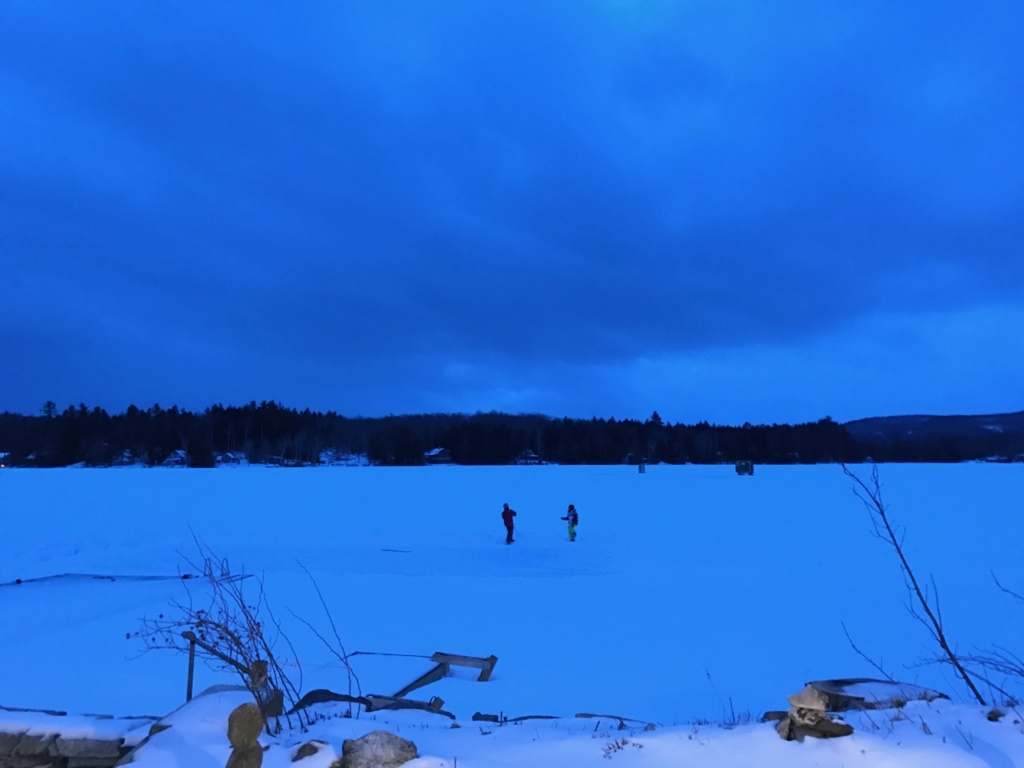 Overall, another great weekend in the whites!