Ok, so I know it’s a totally geeky hobby, but I’ve started collecting Intellivision games a few months ago.  For those that don’t know, Intellivision is a gaming console from Mattel that was released in 1979.  It was very popular in the early eighties and then lost steam when more powerful systems game out like the NES.

We had an intellivision growing up and I get nostalgic when I think about playing these games as a kid.  It turns out that the system isn’t super collectible, so you can get a console and games for relatively cheap on ebay.

Here’s a pic of the console I recently picked up: 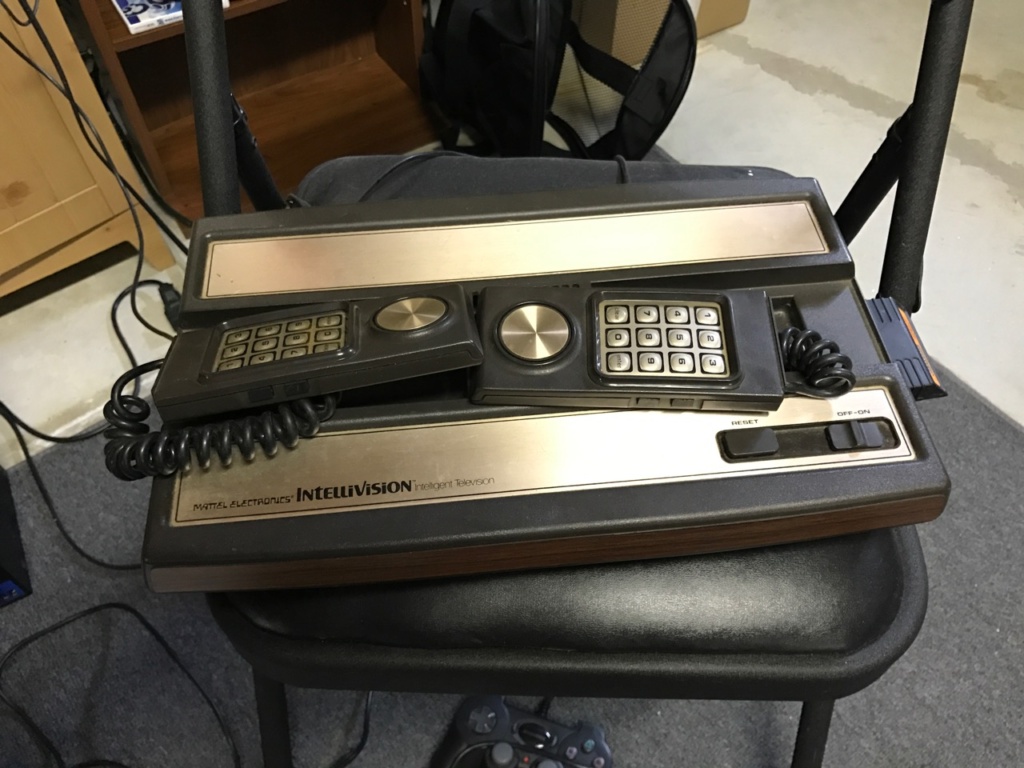 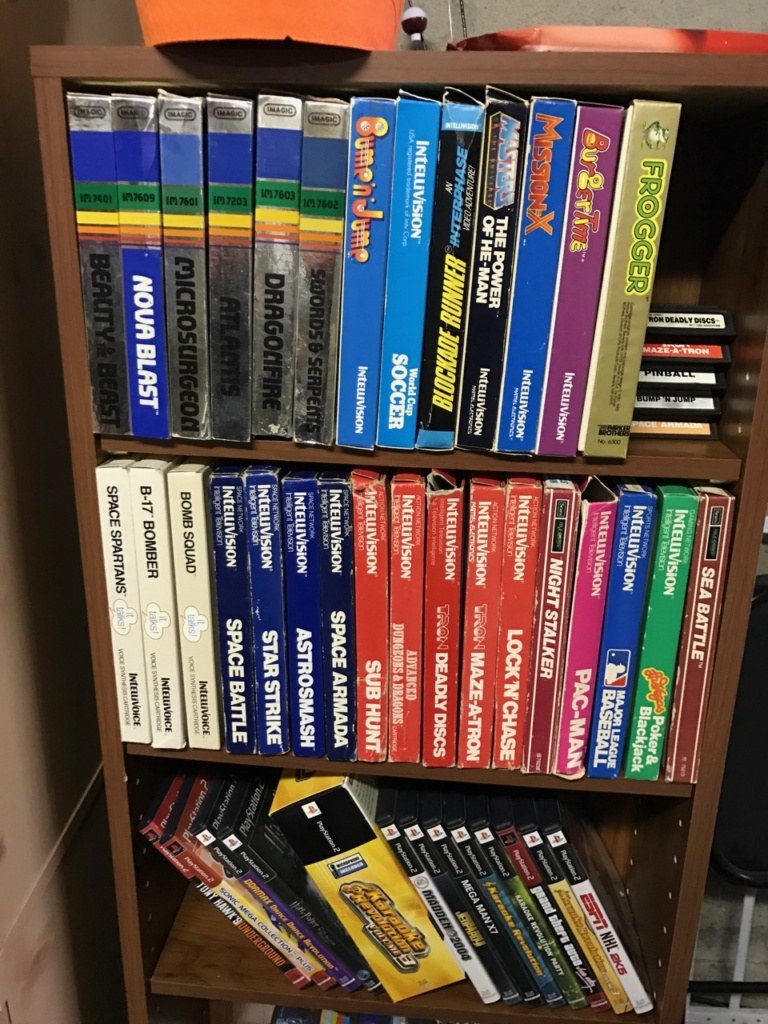 I’ve been trying to only buy games in boxes.  The artwork back then was pretty awesome.

Most of the games only have a few screens in them.  I’ve tried to get the kids into it, but they lose interest in less than a minute.

In addition to collecting, I’ve started listening to a podcast dedicated exclusively to the console, called Intellivisionaries.  They have some great interviews with original programmers of the games.  Also, it turns out there is quite the homebrew game community and indie games sprouting up for the console.