Back in the 90’s I was huge into the BBS world.  I’m sure I will have much more content on BBS’s, but for now you have to check out BBS: The Documentary for more info.

The primary subculture I was involved in was the ‘ANSI art scene’.  This included folks that were into creating ANSI/ASCII artwork and associated e-mags (electronic magazines).  This scene was very closely intertwined with the hacker community, which included warez and H/P/A/C/V/T (Hacking, Phreaking, Anarchy, Coding, Virus, Trojans) as it was known at the time.

This is where I grew up coding!

My primary interest was in creating applications to support this scene.  One of my larger project was an ANSI art viewer for a particular art group called ‘stew’.  Most of the ‘elite’ art groups had their own customized art viewers.

At the time my handle was ‘humdinger’ and with another friend, ‘lagger’, we created StewVoo.  The artwork was done by a second friend called the ‘artist gimp’.

Upon launching the application from the DOS prompt (yup, DOS baby!) the user was brought to this main screen. 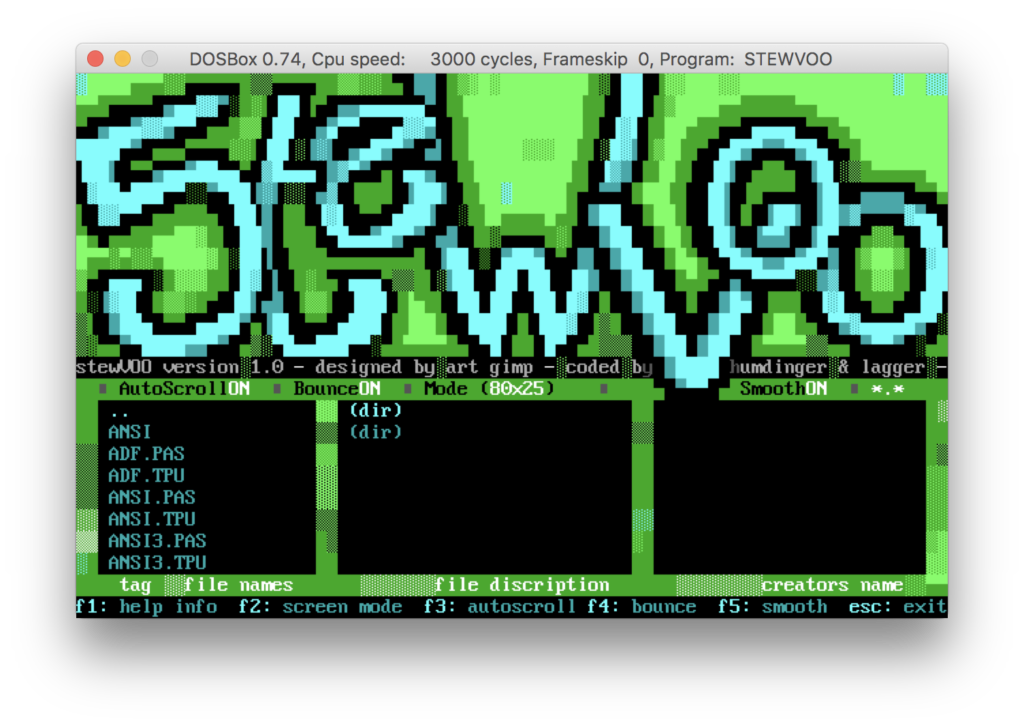 On this screen you would select the ANSI file that you wanted to view.  Also you could toggle various settings.

If you selected F1 it would display the following help screen: 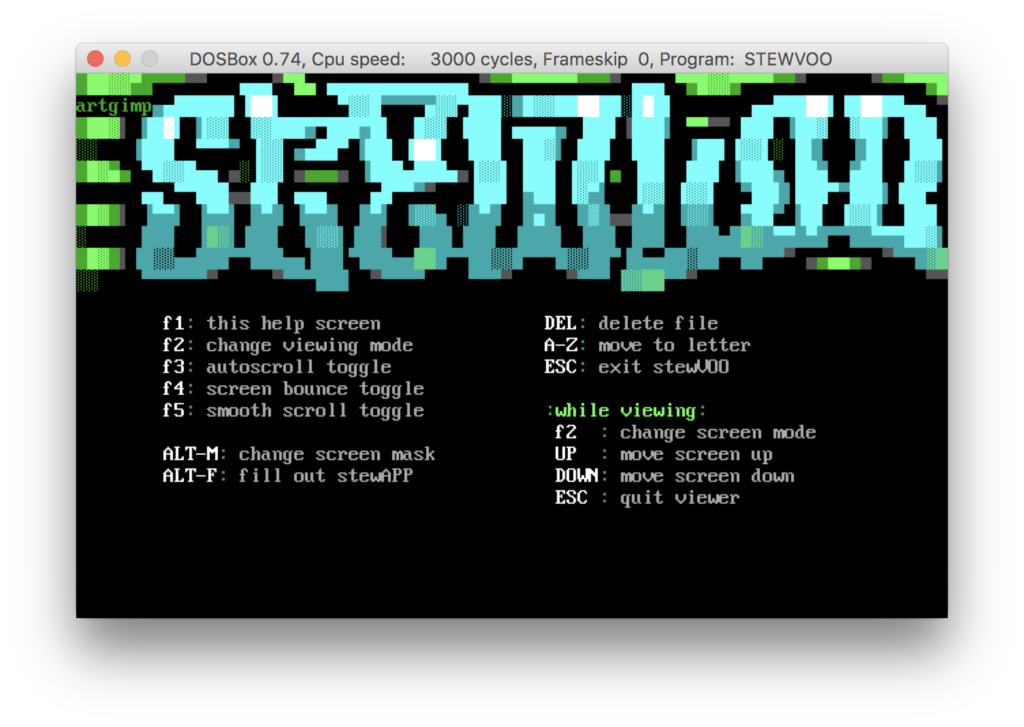 Most of the settings controlled how the images were viewed, including smooth scrolling, bounce behavior, full screen, etc.  In addition you could fill out an application to be in the stew group directly within the viewer.

Upon exiting the application you were shown this final graphic: 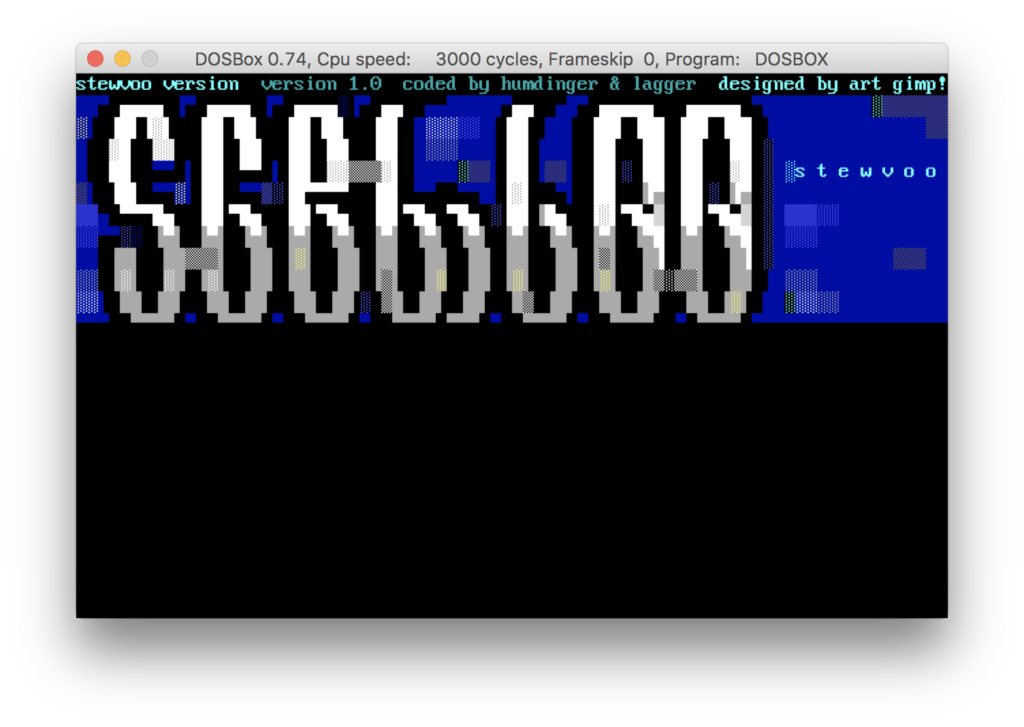 The viewer was written entirely in Pascal from scratch.  I DO have the code for this project and most likely with throw it up on github if anyone is interested.

As a 16 year old, this project was a labor of love.  Figuring out all the graphics processing and bouncing behavior was a lot of fun at the time.  I don’t remember the exact timeline, but it probably took myself and ‘lagger’ a month or two to build.